A Philanthropic Pot of Gold by Christopher Clinton Conway 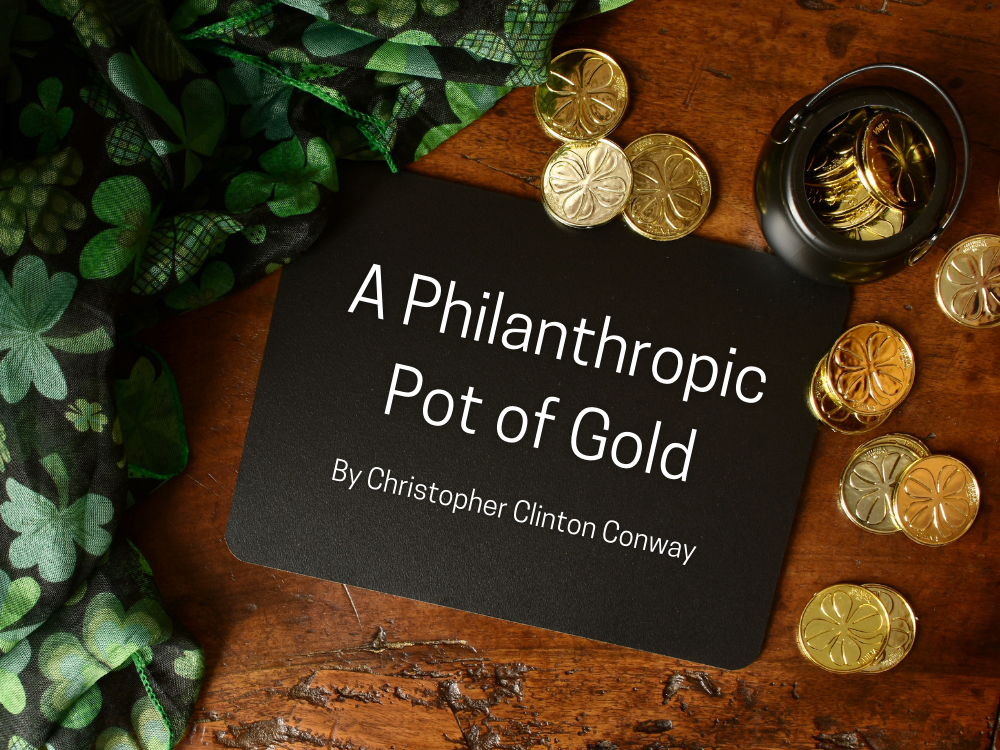 Every year on the 17th of March, in Ireland and by Irish communities around the world, Saint Patrick’s Day is celebrated. The Irish have observed this day as a holiday for over 1,000 years. While the festival began as a religious feast day for the patron saint of Ireland, today it has become an international celebration of Irish culture.

“Most people know about America’s distinctive claims to be a nation composed of immigrants. Ireland’s status as the nation of emigrants to the modern world is less well-known but perhaps as unique and historic“ explains Professor Kevin Kenny of Boston College, in his essay “The Irish Experience and the Meaning of Modern Diaspora”.

United States relations with Ireland have long been based on common ancestral ties and shared values such as family, faith, and philanthropy. In addition to regular dialogue on political and economic issues, the United States and Irish governments benefit from a robust slate of exchanges in areas such as commerce, culture, education, and scientific research. With the United Kingdom’s January 2020 exit from the European Union, Ireland’s membership in this bloc takes on even greater significance.

In November 2020, the Irish government announced Irish Diaspora Strategy 2025 with five main themes: people, values, prosperity, culture, and influence. The culture and influence refer to extending Ireland’s global reach by connecting to the next generation. Philanthropy is germane to each of these themes.

The World Giving Index (WGI) is an annual report published by the Charities Aid Foundation. The report is the world’s largest survey of charitable endeavors from around the world. In 2021, the report surveyed over 1.3 million people in 125 countries to collect this data. The United States has been the number one country on the WGI report for the last ten years, with a score of 58%. Ireland is the highest-scoring European country and has an overall score of 56%. These figures objectively score a shared vision of generosity and community between the United States and Ireland.

Saint Patrick’s Day represents the profound importance of connection, to each other and to Ireland. It is a holiday that cherishes the diversity and special affinity for people around the world who are Irish-born or of Irish descent. Let us carry this forward throughout the year.