Breast cancer advocacy lost one of its foremothers: Marlene McCarthy 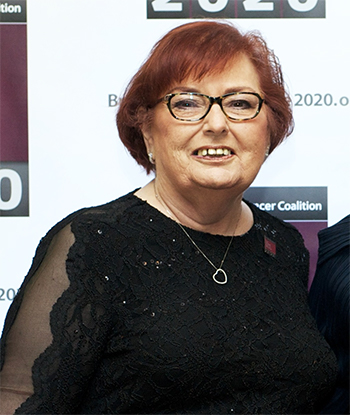 Breast cancer advocacy lost one of its foremothers and staunchest advocates, my friend, Marlene McCarthy from Rhode Island.

Marlene McCarthy was a force of nature! She was a breast cancer advocate when it was a new idea. I first met her around 1990 when the first edition of the Breast Book came out.  She was one of the people I talked with about convening a meeting to form a coalition of breast cancer organizations to politicize breast cancer. She brought advocates to stand outside the Today Show when we launched the Love Research Army.  She did not hesitate to stick out her thumb and flag down rides when the bus broke down on the way to meet Hillary in the early days.  She was one of the first people I called to be part of the Scientific Advisory Committee of the Love Research Army.  She was always game to try something new in the name of ending the disease.  She marched, lobbied, organized letter writing campaigns and danced in the name of advocating to end breast cancer.   She will be missed by all of us here although I am sure that she is lobbying God to get going and end this disease once and for all!