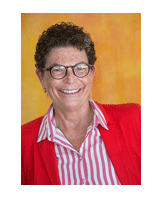 Patients tend to think medical practice is based totally on science–and undisputable. Doctors and other health care professionals know that is not the case.

The reality is this: most medical practice is based on our best guess at the moment. Ask any oncologist who has been in practice for many years. New research comes out, the treatments they recommend change. They also know that as more research is done, their recommendations could change yet again.

We saw this with surgery for breast cancer. When I first started out as a breast surgeon, the thinking was that breast tumors started in the breast, got bigger and then “got out” and began spreading to the rest of the body. This is why we believed we needed to operate right away on someone with a breast lump. It’s also why we believed more surgery was better, which was the basis for doing radical mastectomies that would take out as much tissue as possible to get as much of the cancer as possible.

But then, as more began to be learned about cancer and how it spread, some surgeons began to question whether that was really the right way to do breast cancer surgery. This questioning led to the randomized controlled studies that showed that women who had a lumpectomy followed by radiation did just as well as those who had a mastectomy.

We now understand that the reason the lumpectomy followed by radiation provided the same survival benefit was because most cancers had already spread by the time they were diagnosed, so it didn’t matter if you took out more breast tissue or not. We decided what was needed for all patients was chemotherapy drugs that would circulate through the blood stream and kill the cells that had already left the breast. And, so, all women with early-stage breast cancer started getting chemotherapy.

We then realized that there are different kinds of breast cancer. For example, some could be estrogen-receptor positive and/ or HER2-positive. And we developed drugs that could treat these specific types of tumors. But we still continued to believe these drugs needed to be used in addition to chemotherapy.

The study found that chemotherapy use declined from 26% to 14% in women with negative lymph nodes and from 81% to 64% in those with positive nodes. Some of this decline was attributed to the use of the molecular predictive tests, especially in the node positive women, but it was also about the way doctors now think about different types of breast cancer and their willingness to listen to what their patient’s prefer. It also is likely to reflect our increased awareness of the long-term collateral damage caused by chemotherapy and the need to talk to patients about risk and benefits of all cancer treatments.