Collateral Damage: It is Not All in Your Head 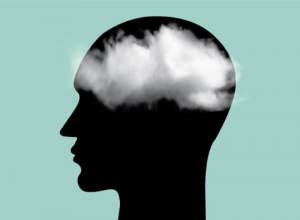 As most of you probably know, my own experience with leukemia has made me very aware of the collateral damage of cancer treatments. I’ve often said that to reduce collateral damage we need researchers to use the same technologies they are using to develop precision medicine therapies (treatments targeted to your specific type of cancer) to figure out who is more likely to develop side effects from a specific treatment. I am delighted to say those studies are now being done!

When I first started in practice, doctors often told cancer patients who complained about these problems that it was just due to stress. Then Patricia Ganz, a professor at UCLA, and her colleagues began studying women with breast cancer to look at the side effects they were experiencing. Her data helped cement the fact these cognitive difficulties were real.

For me, one of the most interesting findings from this body of research on chemo brain is that not everyone experiences it! Even more interesting — about 20% of women diagnosed with breast cancer say they experienced symptoms of chemo brain before their treatment even started. Others agree and have started to study how cancer and chemotherapy affect genes involved with cognitive functioning and whether people with certain genetic changes are more likely to experience chemo brain.

A 2019 study by Michelle Janelsins-Benton, a professor at the University of Rochester Medical Center, comparing 93 people treated for early-stage breast cancer to 48 matched non-cancer controls found that chemotherapy alters how genes express themselves, suggesting possible epigenetic links to changes in cognitive functioning associated with chemotherapy.

Tim Ahles, a behavioral psychologist at Memorial Sloan Kettering Cancer Center in New York City, is looking at whether there may be genetic markers for increased risk of chemo brain, like the APOE4 mutation that is associated with late-onset Alzheimer’s disease. You can have up to two copies; one copy indicates a 5-7% risk in women by age 75 while two copies indicate a 28% risk. Another study found a correlation between a variant of the COMT gene and cognitive difficulties, and yet another showed an association between certain variants of the BDNF gene and less brain toxicity following chemotherapy. This suggests that someday we may be able to incorporate genetic variants into treatment decisions the same way we do estrogen, progesterone or HER2 status.

If you have not had cancer and are interested in helping researchers continue to learn more about what causes chemo brain there are two open Love Research Army studies you may qualify for.

The first, co-led by Dr. Ahles, is enrolling women who have not had cancer in a study that is investigating a new thinking test to evaluate brain processing. You can learn more about this study here.

The second, led by Shelli Kesler at the University of Texas at Austin, is collecting information on brain functioning in healthy women to help them evaluate women with breast cancer. You can read more about this study here.

Want to take part in other studies? Look at all of the Love Research Army’s open studies.