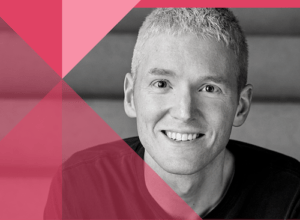 Massachusetts Institute of Technology economist, Pierre Azoulay, has demonstrated the benefits of funding people over projects. For example, researchers backed by the private Howard Hughes Medical Institute, which takes such an approach, produce far more widely cited papers — a metric of significance — than projects funded by the US government’s National Institutes of Health.

Patrick Collison, the Irish-born co-founder of the payments technology company, Stripe Inc., has spent the past five years pondering the problem of declining scientific productivity. A popular theory Collison rejects: the most important discoveries have been made, and new insights are more incremental and difficult. “Every discovery opens up new frontiers and new questions and new possible avenues of investigation,” he said in a recent interview “Research inputs – dollars and hours spent – are a lousy measure of innovation”.

There are many approaches to funding scientific discovery. Mr. Collison has co-founded the Arc Institute to fund scientists studying complex human diseases. In collaboration with Stanford, UCSF, and UC Berkeley, the mission of Arc is to provide early funding to accelerate scientific progress, understand the root causes of disease, and narrow the gap between discoveries and impact.

Accelerating scientific progress with the goal of ending breast cancer, has been the mission of the Dr. Susan Love Foundation for Breast Cancer Research since its inception. Susan Love is probably best known for her out-of-the-box thinking! Perhaps that’s why it shouldn’t be a surprise that our Foundation is the top-ranked breast cancer research organization in the US, with a mission to prevent and cure breast cancer by advancing the world’s most promising research. Our organization invests in people and their visions.