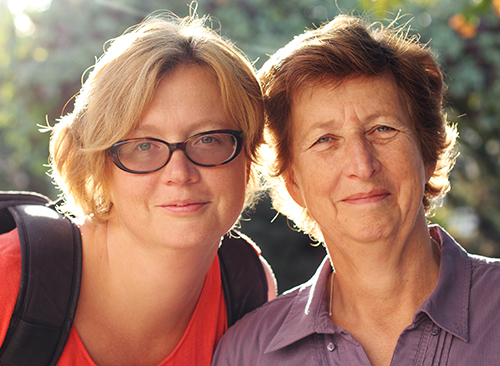 As the baby boom population has aged, menopause has moved from a topic women were often ashamed to talk about to one that is now widely discussed. What still hasn’t changed, however, is the idea that menopause is a “disease” resulting from an “estrogen deficiency” that must be treated. Menopause is not a “deficiency state.” Women are not returned to premenopause by taking estrogen. Hormone replacement therapy promoted the idea that women needed to take estrogen during and after menopause. It carried the connotation that certain levels of estrogen are “normal” and anything less is a deficiency that must be addressed and replaced. The term hormone replacement therapy (HRT) is and has been a misnomer. It is currently being widely replaced with a better, more accurate term: menopausal hormone therapy. We become aware that something is going on with our bodies during perimenopause, which is basically the reverse of puberty. It’s during this time that a woman’s hormone levels are changing, preparing for the ultimate switch to the lower levels that will bring reproductive years to an end. Perimenopause typically takes between three to six years; then the body settles into a menopausal state. Menopause marks the end of a woman’s periods and the end of ovulation. But it doesn’t mark the end of estrogen production, as we once thought. Instead, in most women, the ovaries don’t stop functioning when menopause occurs; they continue to produce the estrogen precursors testosterone and androstenedione as well as a small amount of estrogen. A woman can enter menopause in one of three ways: naturally, by simply living long enough; surgically, by having her ovaries removed; and chemically, through chemotherapy or drugs used to stop ovarian functioning.

Technically defined as a year from a woman’s last period. Women who have passed this point are referred to as postmenopausal; they can no longer get pregnant.

Removal of the ovaries may be recommended as a breast cancer treatment, or to reduce breast cancer risk in women who carry a BRCA1 or BRCA2 genetic mutation, or may accompany a hysterectomy or treatment for ovarian cancer. Menopause comes instantly when both ovaries are removed. Because estrogen levels drop suddenly, symptoms are usually immediate and more intense than those of natural menopause. Even when a woman lacks ovaries, her body can still make hormones. Her fat and adrenal glands may produce very small levels of estrogen as well as testosterone and androstenedione, which are converted by fat, muscle, and breast tissue into estrogen.

Chemotherapy often causes amenorrhea (the absence of menstruation). Whether a woman’s periods return is directly linked to her age. Older women are less likely to have their periods return than are younger women. A premenopausal woman’s breast cancer treatment may also include a hormone that puts her into temporary menopause by suppressing ovarian functioning and decreasing estrogen levels. The drugs most commonly used for this purpose are goserelin (Zoladex), leuprolide (Lupron), and triptorelin (Trelstar).