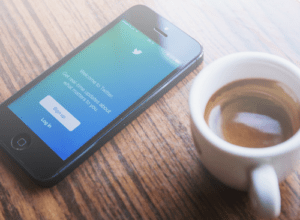 I joined Twitter in March of 2017. I quickly, and rather accidentally, found #bcsm – breast cancer social media. The hashtag and Monday night tweet-chat became a highlight of my week, and a near-daily feature of my social media use. Through #bcsm, I have met some of the most amazing patient advocates, expanded my understanding of what it means to be diagnosed with and live with a diagnosis of breast cancer at any stage, come to better understand the spectrum of the breast cancer non-profit community, and often catch breast oncology breaking news. I have found scientific collaborators and developed deep friendships. I think it was one of the earliest ways I directly interacted with Dr. Love, who also participated in the tweet chats. It is through a #bcsm contact that I ultimately came to be an advisor with the Foundation. Who knew four little letters could mean so much?

The founders of #BCSM, Alicia Staley and the late Jody Schoger, and later co-moderator Dr. Deanna Attai, dutifully hosted hour-long, weekly sessions on Twitter since 2011 — and on July 11, 2022, hosted the final for now #bcsm tweet chat. I quickly noticed how much I missed the dialogue. What questions did patients and patient advocates have as they faced a diagnosis of breast cancer, as they managed the disease outside of the limited time they spend face to face with their oncology team? How were veteran patient advocates, clinical researchers, translational scientists, and in-the-trenches oncologists reacting to the oncology news of the moment? What are the current problems that patients or physicians are struggling most urgently to address?

Many of the active voices in #bcsm are trying to figure out where to go from here. I think it will remain a proverbial bat signal for people looking for breast cancer help online. But where else it grows or unfolds beyond that…only time will tell. Meanwhile, I decided a few weeks back to drop several questions every Thursday morning on Twitter using #CancerCoffeeConversation to have a chance to hear everyone’s voice again. I hope you’ll hop on and add your voice to the chorus. Share ideas for conversations about cancer that would be meaningful for you and the people in your life. It is a less fixed concept than a formal tweet chat, so come as your day allows. That is perhaps the best part of the breast cancer social media community — someone is always there, ready to pour a virtual cup of coffee and have a listen.