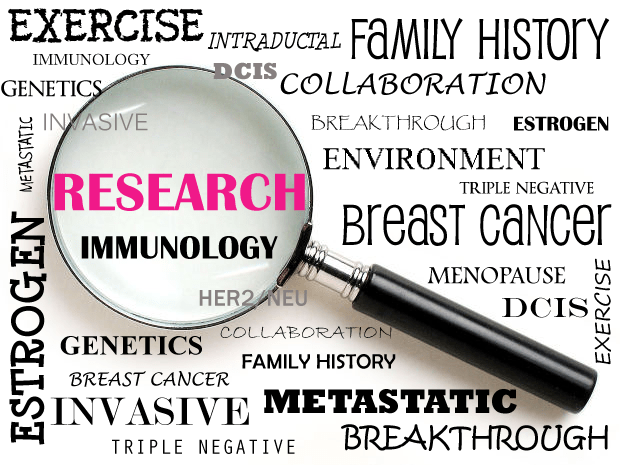 As I mentioned in my AACR blog earlier this spring, there has been a sea change in the approach to treating breast cancer. In the past, most of the focus has been on killing the cancer cells with chemotherapy, surgery and radiation. More recently, we have tried to develop targeted ways of destroying specific cancer cells, such as using Herceptin to treat cancers that over express HER2/neu.

The big new developments in cancer treatment have been focused on beefing up the immune system, specifically the T cells (a type of white blood cell that plays a central role in immune response to cancer.) The T cells have a sophisticated mechanism of checkpoint proteins, which help prevent them from attacking normal tissue as in autoimmune diseases.  Cancer cells hijack these checkpoints to allow them to put the brakes on the ever-vigilant T cells and allow them to grow unimpeded. This is done through a protein receptor on the surface of the T cells, called cytotoxic T lymphocyte antigen 4 or CTLA-4 that puts the brakes on T cells. Some of the first immunotherapy drugs based on blocking the blocker were  anti CTLA-4 treatment, such as ipilimumab. They led to deep tumor regression in one-third of patients with stage IV melanoma. Another brake on T cells is a molecule called PD-1, which stands for programmed cell death (think: suicide pill). This directly prevents the T cells from attacking the cancer cells. Because PD-1 interacts directly with cancer cells it has the possibility of being more potent and less toxic. PD-1 antibody was tested in 39 patients and five different cancers.  After two years five of the patients had shrinking tumors and survival was increased! Nivolumab is now being tested for treating melanoma. These drugs work differently than the typical chemotherapies that either work or they don’t.  For example, some tumors appear to grow before they shrink.  The side effects are also different since unleashing the immune system can cause “autoimmune” types of reactions in other organs. Nonetheless, these antibody drugs have dramatically changed the therapy of melanoma and most pharmaceutical companies are actively pursuing this approach. The third immunologic approach that is gaining traction T cell transfer involves removing some T cells from the patient’s blood.  These cells are then engineered  to express an artificial tumor targeting receptor specifically aimed at an antigen that was found on that patient’s tumor. While this approach has shown some success for blood cancers, it has not been tried in the more common solid tumors like bile duct, breast, colon, and prostate.That is why everyone was excited with a new report from the NCI on a woman with metastatic bile duct cancer. The researchers gave her additional T cells specifically “trained” for mutations in her tumors to generate an antitumor immune response. The patient was infused with these mutation-specific T cells, which resulted in tumor regression and stabilization of her disease. Although this study focused on just one patient, it is an exciting development and an indication that there may well be a way to treat metastatic disease by tweaking the immune system.  This approach is a lot more complicated than just giving an antibody but certainly bears watching. It makes sense to me to harness the body’s own security system rather than subjecting the body to the collateral damage that results from attempts to slash, burn and poison the tumor into submission. Now if we could just get the immune system to prevent the cancer in the first place! Stay tuned for a post of attempts at immune vaccines for breast cancer.