One major problem with much of our cancer therapy is collateral damage. Not the side effects, such as nausea and vomiting or hair loss, which are typically transient but the long-term consequences of therapy, such as chemo brain and neuropathy.  Some of these changes will resolve and many will not. In my case, it’s been six years since I received chemotherapy to treat my leukemia, and my sense of taste and smell still haven’t returned.

We’ve long known that not all women diagnosed with breast cancer needed chemotherapy. But we didn’t know who. The OncotypeDX test was developed to help women with early-stage, hormone-sensitive breast cancer answer that question. It allowed patients who had a low score to feel confident that they could skip chemotherapy and its collateral damage. For those who had a high score, the test added additional information about their tumor that suggested the benefits of chemotherapy outweighed the side effects. But for those in the middle, there was a big question mark. It was unclear for this group whether chemo was necessary, or not. They were left in limbo. 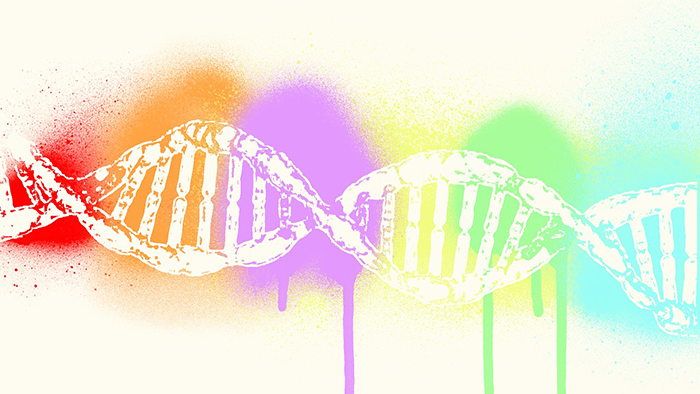 Anyone who knows me know my mantra: the reason we call it research is because we have to keep searching for the right answer.  At any one time, we are only making our best guess at the moment.”

Speaking of collateral damage—it was great to see that there was some research on this topic at the meeting. Over the past few years, researchers have begun investigating how we can use precision medicine techniques to not only identify the best drug to treat a patient’s tumor but also the drug that will cause the least collateral damage in that patient. This is an important area of research—and I’m excited to see it taking place. How great would it be if your doctor could do a blood or saliva test to see if you are at risk of getting a particular side effect from a specific treatment so they could offer you another option

At ASCO, I heard about two research studies that are trying to move this area of research forward. The first study was on young men with testicular cancer. For many of these patients, hearing loss from treatment is a significant problem. The study for correlations between certain SNPs (single nucleotide polymorphisms) — variations in a person’s DNA—and hearing loss. They found that young men with a certain SNP (pronounced “snip”) were much more likely to develop significant hearing loss than men who did not have that SNP. The next step will be to figure out whether there may be an alternative drug or dose that could be used in men who have that SNP to help keep them from experiencing hearing loss.