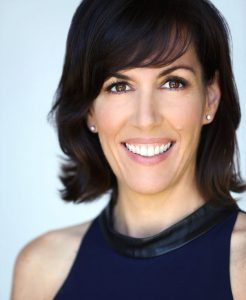 Rosenfeld’s clients include many of the industry’s most accomplished executive producers and directors, including Ava DuVernay, Scott Frank, Sarah Timberman, and Carl Beverly, Kim and Eric Tannenbaum, Mimi Leder, and Melina Matsoukas, among many others. Additionally, she has been tremendously successful in guiding the television efforts of such world-renowned actresses like Jennifer Aniston, Reese Witherspoon, Nicole Kidman, Kerry Washington, Natalie Portman, and Melissa McCarthy.

Rosenfeld has sold some of the most high-profile and impactful series, including the return of HBO’s BIG LITTLE LIES and THE UNDOING, Netflix’s WHEN THEY SEE US, and THE QUEEN’S GAMBIT, Apple TV+’s THE MORNING SHOW, and Hulu’s LITTLE FIRES EVERYWHERE. In addition to architecting the most cutting-edge deals for any actress in television today, Rosenfeld helped both Reese Witherspoon’s Hello Sunshine and Nicole Kidman’s Blossom Films grow from production entities into full-fledged studios.

Rosenfeld is on the Board of Directors of the Dr. Susan Love Research Foundation. Rosenfeld has also done volunteer work for Luminaries, Jrs., and Step Up.