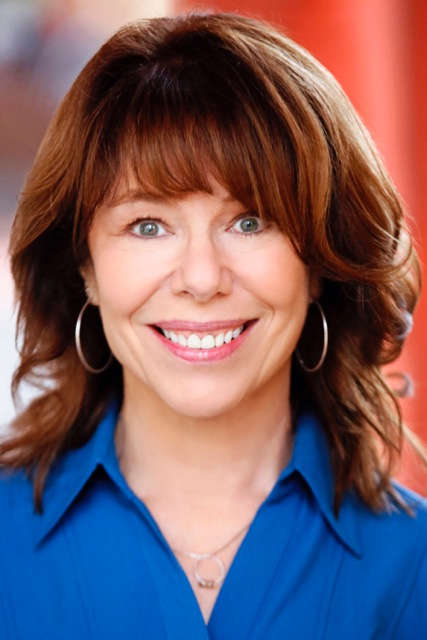 Guest blogger Lissa Levin is a comedy writer-producer and a twenty-five year veteran of television. She is also an award-winning playwright. Her television credits include the Emmy-nominated Mad About You, Cheers, WKRP in Cincinnati, Family Ties, among others. Lissa is a two-time survivor of breast cancer, a committed breast cancer activist and a staunch supporter of Dr. Susan Love Foundation for Breast Cancer Research.

The story of breast cancer is one of cruel irony, of goodness ill-fated. How can the vessel that bestowed mother’s milk, possess the power to kill mother?  How can the very hormone that triggers its development, fortify its invasion?  How can the very cradle of safety and security be a time bomb?  In short: How can evil lurk in the most life affirming of places?  However deserving of attention, you can’t say that about the colon.

But you can say that about the ubiquitous pink ribbon.  How can a vibrant emblem of awareness possibly be a host to anything insidious?  The answer: When the ribbon’s signature color is a victim of gender discrimination.  Subtly marginalizing the perception of a serious disease.

There’s not another awareness ribbon out there with the connotation of weakness inherent in pink, assigned girls the minute the pastel neonatal hat is stretched over their fuzzy unassuming heads.  What compromises them in the boardroom starts in the delivery room.  Where have the characteristics of strength ever been assigned to any emblem of femininity?  “Pussy” is synonymous with coward.  And rarely is this insult followed by the chide, “Woman up!”   “Grow a pair” never refers to ovaries, but the pair that when receiving a kick, drops their owner to his knees.  But nowhere is this fragility evident in the slogan “I had the Balls to Beat Testicular Cancer” – which in fact, contributes to the image of men and the aggressiveness of the disease.  Whereas, “Save A Life, Grope Your Wife,” “I Stare Because I Care,” and “Hakunamatatas,” not so much.

And I’m no stranger to tit jokes. I spent twenty-five years as a tv comedy writer.  Who kept my first diagnosis and mastectomy a secret.  Having finally made it into the writers’ room, didn’t want the boys to walk on sensitivity egg shells around me, didn’t ever want to be seen as fragile, didn’t want something female and not funny in any way lend credence to the belief that females can’t be funny.  Didn’t want them to know that the same woman who would never wear pink in the workplace, was wearing it six miles from the studio to raise funds for the disease she would not be associated with.  The disease which took her thirty-nine year-old breast, her faith in her body, her smugness in her own mortality, and her mother, six years prior.   The disease I vowed would never require the awareness of my four year old daughter, spending quality time with Mom at a breast cancer walk, conscious only of every piece of trash and dog turd.

That vow was twenty-five years and my second breast cancer diagnosis ago, another mastectomy, another scarred woman feeling guilty for getting back to her life while others are still losing theirs.  Another breast cancer advocate born from empathy, anger, and gratitude.  But dumb luck didn’t spare me any more than it will determine what causes breast cancer and what causes it to spread.  Any more than it will create gender parity for women.  That takes change, and change of perception.

Breast cancer is cancer.  Where it occurs has nothing to do with its lethal potential.  It is not the “romantic” cancer.  It is not sweet, dainty, girly, or well-behaved.  If it spreads beyond your tatas, it can kill.  As efficiently and tragically as every other cancer, claiming 1,400 women a day worldwide.  If the color pink conveys anything less, if its perky pigment in any way trivializes the cause and strips it of its urgency, if it lends it a false sense of hope and progress, if it convinces men a suspicious lump could never be their own, if it invites more celebration of survivorship than vengeance on the disease, if it connotes that detecting or curing it is more a priority than ending it, then pink is no longer raising awareness, but ignorance.  Which has never eradicated a disease or empowered a human being.

I’m no enemy of optimism.  I love musical theater.  Even as I raise my fist, my spirits have been raised by the community and solidarity created by the pink ribbon.  I value and am indebted to its visibility.  Which can’t be squandered by misconception.  Let the proliferation of pink this and every October be a sobering reminder of an epidemic.  If pink conveys hope, it had better drive home that there’s a sizable contingent within its ranks that clings to hope.  As guardedly promising are developments in detection, targeted treatment, and risk assessment; as reassuring the numbers of warriors in pink at every run/walk, it is too often a race against time for those whose cancer has metastasized.  Pink can’t put a wig over the bald facts, and our hard-earned dollars must address the facts.  So that we’re funding no less than bold, innovative research committed to ending this unending plague, period.

We’re not going to change the color assigned to a gender any time soon, or wipe it from the face of the breast cancer movement.  So let’s rethink pink.  Let it not be another victim of gender injustice.  Let it defy expectation.  Let it risk being called a bitch because it talks tough.  Let it risk being called humorless.  Let it insist on being heard, being understood, being perceived as a force even before it opens its mouth.  It can’t prove itself if it walks away from the table, but it shouldn’t have to prove itself, over and over again.  It’s time to realize that the pink ribbon, however attractive, has a brain.  #TimesUp, “sugar and spice and everything nice.”  Time to make breast cancer pink’s bitch.

Are  you interested in sharing your story? Be our next guest blogger! Send email inquiries to gro.hcraeserevolnasusrdnull@gnuoya