We All Do Better by Christopher Clinton Conway 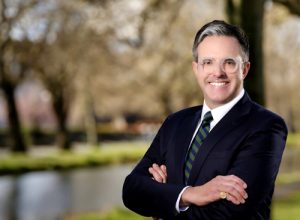 The global scale of philanthropy is providing opportunities to serve and demonstrate charitable acts. For many, it’s easy to choose where their money goes. Typically, the causes we are tied to emotionally are the ones we fund. And whether it stems from passion or personal experience, the main concern remains transparency. We want to know where the funds are going, and how exactly they will be used.

We hear about individuals with a large net worth who generously contribute to causes resulting in impact. Last month, The Chronicle of Philanthropy published an article highlighting American philanthropist, MacKenzie Scott. Scott’s generous gifts total more than $5.7 billion in unrestricted, one-time donations to hundreds of charities.

What makes Scott’s story stand out is the wide net she cast through these donations. A number of charities were touched beyond those that received the donation directly. An example is the $15 million donation to IFF (formerly the Illinois Facilities Fund), an organization that lends money to other charities focused on early childhood education, human services, economic development, affordable housing, and the arts.

Scott’s decision to let nonprofit leaders decide for themselves how and where to use the money shows her trust in their expertise. The Chronicle article also recognizes that “by giving charity leaders the freedom to choose how to use her donations, Scott is showing a striking level of humility.” Mackenzie Scott has made helping historically marginalized people a philanthropic priority. Her gifts support charities that focus on racial, gender, and social justice. By choosing organizations that help other charities within these focuses, the spectrum and range of her impact go far beyond reach.

In absolute terms, average Americans and the wealthy are not giving enough. The contributions being made are not keeping pace with the unprecedented rise of wealth in the United States. We Americans need to continue this conversation about the act of giving and doing so generously. John Legend said it best at this year’s Duke University commencement, “Our nation is at its best when we realize that we all do better when we all do better.”