Published November 26, 2013 By the Foundation 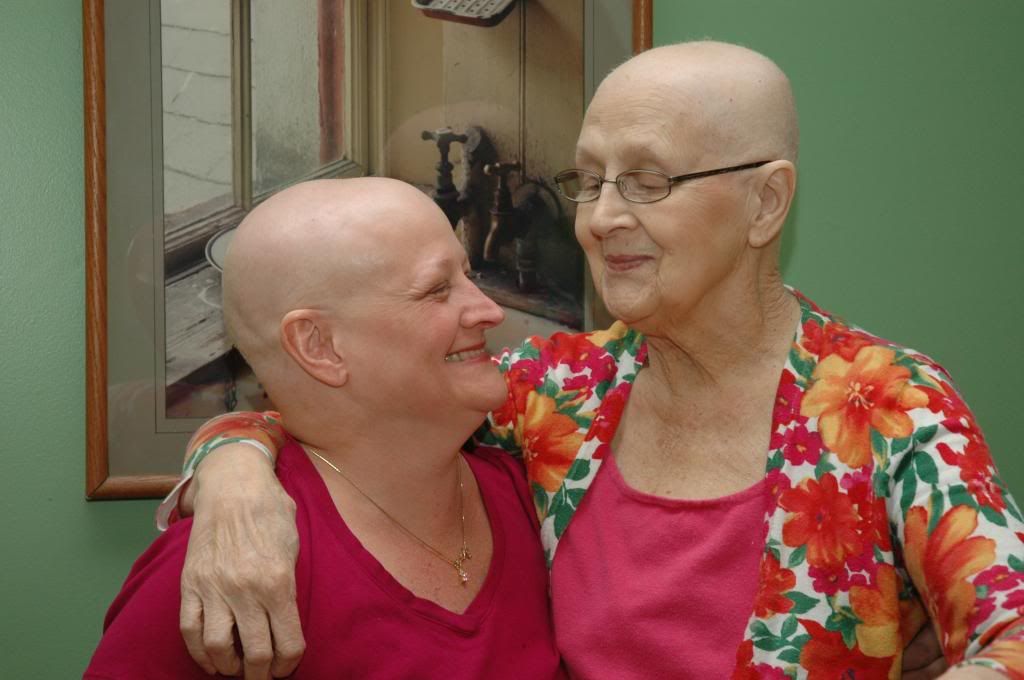 Having been down the treatment road for breast cancer, I can list a number of things for which I am  thankful.  Yes, being alive ranks real high on that list, along with finding out how many people really love me, and also having the personal fortitude to stay the course.  I say a prayer of thanks every day for my amazing husband, Steve, and our beautiful boys who grew to be beautiful men, for my beautiful, loving step-daughter and their children, my grandchildren.  But more than any other time in my life, I am thankful to have had a wonderful woman named Gerry Yarshen for my Mom.

Mom was my best girl friend.  I was diagnosed with breast cancer at about the same time her own metastasized to her spine and liver.  While I was recovering from bilateral mastectomies, her doctors were aggressively treating the spinal tumors to give her months of freedom from pain.  We both went through chemotheraphy at the same time.  The chemo nearly destroyed her at first, but she got through it and for a time, we were allowed to lapse into a pseudo “life as usual.”   I’m thankful that during this time she was able to be herself and enjoy her grandchildren and great grandchildren.  She was able to spend quality time with my father which kept him hanging on.

As harsh as it sounds, I’m thankful that when the end was inevitable, it was the liver that took her and not the cancer in her spine.  She left us peacefully, little by little as her organs failed, and with only a little pain.

I will forever be thankful for my Mother’s strength.  When we sat bald head to bald head, she declared us both beautiful, and because she said we were, I was able to believe it.  And when she dug way down deep for the strength to walk with my father and me, arm in arm, to the front of the church on my 29th wedding anniversary to renew my vows, I knew that no matter what, I could find that sort of strength to be there for the people I love.  As we reached the last pew before the altar, I asked her if she would like to sit down.  The altar, where my husband and children stood, was still a good eight to ten feet further.  She gripped my arm a little tighter and said, “No Babe.  We’re going all the way.”  And thankfully, that is how she lived her entire life.